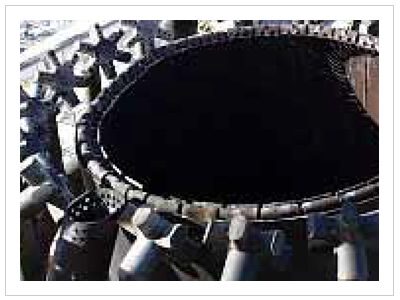 Prior to using RA333®, the Midwestern refinery had been using a refractory lined 310 stainless steel flare tip, and it soon became apparent that the design contained a number of major problems. With a low creep strength at temperature it was highly likely to become distorted whenever the refractory failed or there was flame impingement on the tip during low fire conditions, which could result in smoke following a change in the characteristics of the flare.

This made it difficult to get a reliable service during shutdown periods. It was also common for the refractory to break away from the tip and fall into the stack, which could have caused a serious blockage, resulting in an increase in maintenance costs. As the refinery attempted to extend the operating period between scheduled major shutdowns they required more reliable flares, which is why they opted for an RA333 flare that did not contain a refractory lining. 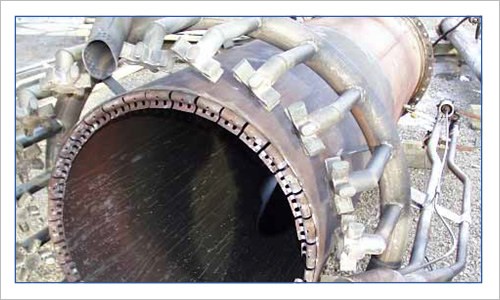 The refinery first used the RA333® alloy flare tips in 1992 before a planned shutdown three years later. During the shutdown a new RA333® flare tip was installed before being taken down in 1999. After more than 3 years service, close inspections revealed the RA333® flare tip was like new and the only parts needing any repairs or maintenance were those made of 310 or HK castings.

A year earlier and the initial RA333® flare tip, which had been refurbished, was reinstalled on the other side of the refinery.