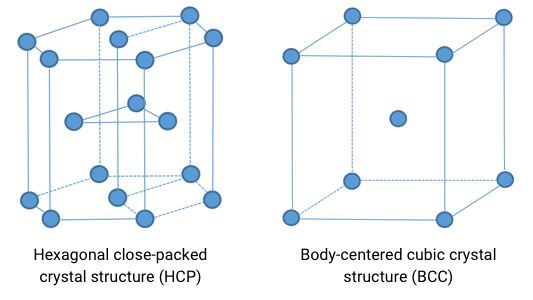 The table below shows examples of major classification of Titanium and the corresponding alloy grades.

Alpha (α) and near-alpha Titanium alloys are non-heat treatable (except for Ti-230). They have low-medium strength, which increases when higher amounts of interstitial elements are added i.e. Oxygen (O) and Nitrogen (N) or Carbon (C).

Alpha (α) and near-alpha alloys are very ductile and therefore, possess good notch toughness and weldability. They also offer a low-cost solution to most corrosion problems and various cryogenic applications.

Alpha-beta (α-β) Titanium alloys are heat-treatable to varying levels of strength. Hence, the grades belonging to this class, e.g. Ti 6Al-4V (Ti Grade 5) and Ti 6-2-4-6, generally have higher strength and hardness than the alpha (α) and Near-alpha alloys. Creep strength and cold-formability, however, are not as good when compared to the Alpha (α) and near-alpha alloys. Ti 6Al-4V (Ti Grade 5) and Ti 6-2-4-6 have a good hot-formability and weldability. They are popular when an application demands a good balance between versatile corrosion/oxidation resistance and mechanical strength.

Near-beta & Beta (β) alloys, also known as ‘metastable-alloys’, are readily heat treatable to yield extremely high strength for use in various applications up to intermediate temperatures. Beta (β) alloys such as Ti10-2-3, has a good cold formability after solution strengthening and outstanding weldability.