Replacing the original HU casting tubes, the tubes were installed in their Super Allcase furnace in 2002 and to this day the tubes are still in service. Although one minor repair was required on one of the tubes during its lifetime, the other tube has been maintenance free all this time. In 2005 three extra RA 602 CA® tubes were fabricated to replace the cast tubes in other furnaces. 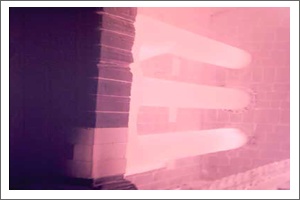 Originally Cast HU tubes were used, but caused too many problems during the installation and removal process. Walled castings are much heavier than wrought tubes made of 11gage sheet material. The standard RA 602 CA® tube weighs approximately 165 lbs whilst ¼ inch cast tube weighs 350 to 400 lbs.

For more information on or to buy the RA 602 CA® alloy then feel free to get in touch.